My approach to assisting women with fertility issues is based on my personal experience and my professional work of 24 years. The challenges and traumas relating to pregnancy that I encountered were not about conception itself but were with the maintenance of a full-term pregnancy. Eventually, I had four live births but had a history of miscarriages, having three prior to my first born and one after my second child was born. 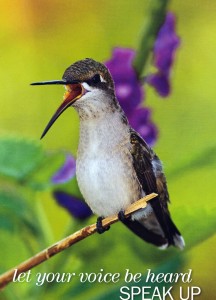 Each miscarriage was traumatic in its own way. The memories relating to them were painful. The first miscarriage occurred in the bathroom of an assisted living facility for the elderly in the Bronx. At the time I was a visiting nurse and was scheduled to meet with patients there that day. I must hold the Guinness Book of World Records, being the only woman to have a “spontaneous abortion” in a senior citizen home. It was such a horrifying experience for me that I did not talk about it and repressed it for years. I believed that I had caused it during a skiing accident.

On another occasion with the fourth miscarriage, I knew I was pregnant after two missed periods, although I had not yet been tested at the doctor’s office. (In those days there were no home pregnancy tests available). It was a holiday weekend, and I began to bleed. I rushed to the emergency room, but upon examination, the male MD told me that I was not pregnant and that I showed no signs of pregnancy. He emphatically expressed that my bleeding was just another “bad” period and that I should go home to continue with my usual schedule.

There was a part of me that wanted to believe the MD, for there remained the haunting memories of the other 3 miscarriages. I remember ending up at a pumpkin patch that afternoon, my children insisting on purchasing a pumpkin for carving at Halloween. During this time I continued to hemorrhage, and the severe cramping got worse. I went home and managed to fall asleep after midnight. The next morning, I woke up feeling better, but upon entering the bathroom, I felt a sudden urge to push and aborted a fetus into the toilet. When I called the doctor to report the “miscarriage,” he reiterated that I was not pregnant and that many women discharge large amounts of tissue during menstruation. How dumb was I thinking I was pregnant! However, after the lab analysis confirmed the pregnancy, the doctor became the “Grim Reaper,” bearing the bad news that I had aborted. He apologized for his error in diagnosis.

After the third miscarriage, I felt like such a failure. I went through a series of genetic testing, D&Cs, and doctor examinations to find out why this was occurring. One physician wanted to prescribe DES, a known dangerous drug, for me and told me that was the only way I could have children. I rejected his recommendation, knowing full well that it caused birth defects and cancers in the offspring. I could never live with myself if I harmed my children in utero. But I did not know what to do. It seemed I was all alone, with no one to speak to about my challenges. There were no support groups, and I was told to get over it and try again.

Never Found The Cause, But Found Peace Of Mind

Although I never found out what caused the miscarriages, I have released the trauma of them and have moved forward with my life, but it was not easy for me at first. I did not know where to look, but I knew I had to rebalance myself and find my way to childbirth, which I did. But the traumas remained with me long afterwards, creating new obstacles to success in my life.

Even after the birth of my children, I had nightmares on the dates of the miscarriages. The screams and the agony were acted out in my subconscious dreams when my 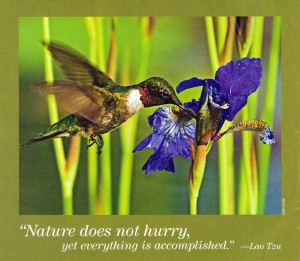 conscious defenses were off duty. Years later, peace finally came through the assistance of my hypnosis colleagues, inner work using self-hypnosis, and, ironically, through a D&C, which served as a catharsis for me and helped me to heal emotionally, in body, mind, and spirit.

Today, I am thankful for this experience of miscarriages and for my trials of birthing a baby because I now understand how they helped me to know myself as a woman , to believe and trust in myself, and to honor who I am. My goal was to give life to children, so I found the strength, the power within, and the courage through the use of self-hypnosis, other mind-body techniques, and prayer.

Please read about my approach in the next drop down.

Video: How To Reach Your Peak Performance Through Fertility Enhancement Coaching

Radio Inteview: How to Turn Errors Into Wins

Consultations are in-office or online and are strictly confidential.

Conveniently located about 20 miles west of New York City at:

The Summit Center for Ideal Performance

How To Find Us